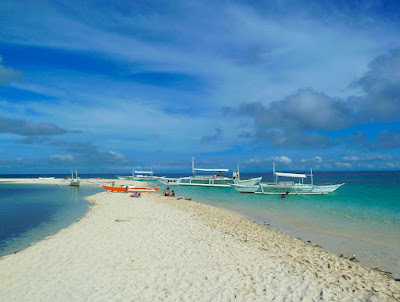 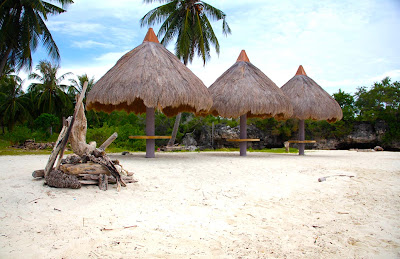 Pamilacan Island, a small island lying 14 kilometers (less than an hour pump-boat ride from the Baclayon pier), is bestowed with alluring white sand beaches, amazing aquatic life, and a friendly and hospitable community, making it a perfect relaxing getaway from the more hectic pace of the Bohol mainland. Pamilacan, meaning resting place of the mantas, is part of the Bohol Marine Triangle, and is endowed with bountiful and precious marine life.

The main livelihood of the 235 families who make up the island community has historically been subsistence fishing, which in the past has also included whale, dolphin and manta ray hunting. Officially, Pamilacan means resting place of the mantas, but it is also interpreted to derive from the word pamilac or harpoon, a weapon which in the past was used to capture their aquatic prey.

Pamilacan Island is now seen as a success story in community transformation from their destructive, unsustainable hunting practices, to the protection of their precious marine life. The community now consider themselves as caretakers of the sea, using dolphin & whale watching tours and snorkeling to protect their marine resources by providing a valuable alternative livelihood.

Sightings of whale sharks, the largest of the extant fish species, are also common around the island, especially around full moon when plankton is most plentiful. Subsequently, the community has organized whale shark interaction tours which supports the island’s fishermen community, using their paddle boats as the only form of transportation allowed near the whale sharks for the safety of the amazing giant creatures. Consequently, Pamilacan Island has been the recipient of numerous awards from tourism councils and environmental organization in recognition of their remarkable makeover.

Pamilacan’s wealth of marine resources are further extended with its large fish sanctuary on the north-western side of the island providing great snorkeling, and it’s “fringing reef” playing home to a multitude of marine species, such as seagrasses, giant gorgonians, tunicates, anemones, crinoids, starfish, cleaner wrasses, and impressively large schools of jackfish.

The main dive sites are “Dakit-Dakit”, a small coral island on the south-eastern point of Pamilacan, and Cervera Shoal (also known as Snake Island) to the south . Cervera Shoal is a sunken plateau with a sea mount rising to 15 meters lying in the middle of the ocean which can result in strong currents. The highlights of the dive include nudibranchs, bucket sponges, butterflyfish, scorpionfish, sturgeons, whitetip sharks, and as its other name suggests, many black-white banded sea snakes. For the lucky ones, manta rays and the aforementioned whale sharks have even been spotted there!

Pamilacan is also home to a 200yr old Spanish Fort, located at the northeast of the island, which in the past served as a watch station against intruders, such as pirates, and other enemies of the Spanish colony.

“The transformation of the people of Pamilacan from being whale hunters into whale lovers is awe-inspiring, absolutely mind-blowing, and bordering on miraculous” – Yeb Sano, WWF Philippines

Pump-boat rides from Baclayon to Pamilacan Island can cost upward from Php 1,500 per boat depending on its passenger capacity. It is normally advisable to organize transport to the island a day in advance if possible through the Baclayon Tourism Information & Activity Center (see contact details below). If you are unable to do so, you may find you have to wait at the Baclayon Pier while a boat travels from the island to pick you up.

Wednesdays, however, are Market Days in Baclayon, and more pump-boats operate to cater for the islanders visiting the market. Boat rides on Wednesday can be as little as one tenth of the normal price. However, these will usually be traveling back to Pamilacan in the afternoon, not the morning, once market day shopping has been completed.

(Text and photos: baclayontourism.com)
Posted by Pinoyborian
Email ThisBlogThis!Share to TwitterShare to FacebookShare to Pinterest